Yes, we all know the official bold names — Anna Peterson, Gerry Frank, Peter Courtney and so on. But who wields the soft power in this town?

After years of research (read: Facebooking), I am ready to pull the curtain back on the puppetmasters who are actually pulling strings in this town. 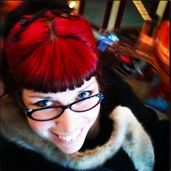 Every time something fun happens in Salem, an angel gets its wings and God pats a kitten softly on the head. A good 75 percent of this wing-getting and kitten-petting happens because of Carlee. She is almost never out front on an event — she’s Canadian modest — but she’s the driving force behind so much of what Culture Shock Community Project does, including the always-amazing 13 Nights of Halloween. 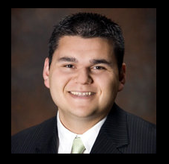 Conrad is like a ninja, except instead of walking in and out of shadows, he walks in and out of committee meetings. Always for benevolent causes, of course. Seriously, I am not sure I’ve ever attended a meeting in town where Conrad is not present. Alternate theory: There are multiple Conrad cyborgs, each more helpful and task-oriented than the last. 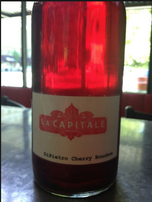 Rob is the bartender at La Capitale, and about 137 other establishments, since he’s been working in the Salem nightlife scene since … I don’t know. The Reagan administration? I think so. Anyway, Rob’s superpowers come from an awesome storytelling ability, combined with superior drinkmaking and a birds’-eye view of all the bad behavior this town has offered over the past 30 years. He never, ever names names, either, no matter how you pester him. Damn that Rob.


NOTE: That is not, in fact, a picture of Rob. He is no startender. He is a bartender, and therefore too busy doing good to take a bunch of pictures of himself. 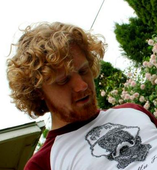 When I first came to Salem and covered music, Doug’s was the name that came up again and again. Probably because, just as fun flows through Carlee and gettin’ work done flows through Conrad, a lot of the music in this town flows through Doug. Also, via his very fluffy blondish-red hair, he can fly. He just cocks his head, and then the wind catches and he’s off, Mary Poppins-ing around town. Look to the sky for Doug! 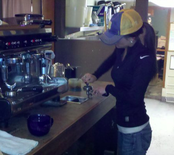 Alyssa sort of reminds me, physically, of a fox. She has sharp and pretty features and a semi-nervous, semi-confident energy. But unlike a real-life fox, Alyssa is always doing about 14 things, all of them productive, and loves Bob Dylan. When she is not roasting coffee beans or planning big music nights at The Governor's Cup (which she owns!) she is biking or running or generally pursuing perfection. Find and befriend her at Gov Cup now, because soon she will own all of us.

Will Bragg is like that kid who is popular in high school not because he’s an asshole, but because he’s actually cool and outgoing and talented. A rare bird, that Will Bragg. Anyway, if you go visit him at his photography studio downtown AND you bring him beer AND you have a great appreciation of thick East Coast accents, you and Will will get along just fine. 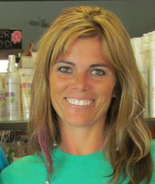 Tiffany is a surrogate mom to about 150 people, which seems like it would tire you out, but Tiffany is relentlessly cheerful. She and her husband, Mark, run IKE Box and Isaac’s Room and IKE Quest. Actually, it surely can't be the case that Tiffany founds a new super helpful faith-based nonprofit targeting at-risk teens on a weekly basis ... but it sure looks that way from the outside.

Also, she makes a mean espresso. 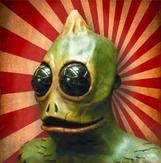 Jugbo, technically, has a real name and identity, but I choose only to know him as Jugbo. He is, after all, the crown prince of the Salem Internet Scene, and has a schmillion Twitter followers. If anyone feels a lack of snarky Salem-centric commentary when I leave, you need not. Jugbo provides more than I ever could’ve.

9. Guy Who Wears A Cat On His Head 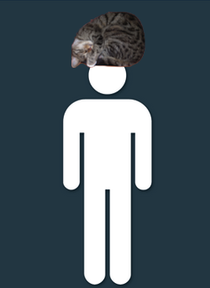 I’ve seen him twice, and both times it was the most amazing experience of my life, including being born and getting a book deal. How does he get that cat to stay on his head? He always appears to be waiting for the bus. Does Cherriots let him AND the cat ride?

Clearly, his powers are vast, and terrible. Call me, Guy Who Wears A Cat On His Head!