7. Someone taking serious, SERIOUS issue with a column

This is the first and third of an seven (yes, seven) -page letter critiquing, line-by-line a column I wrote about "If you had to get eaten by an animal, what kind and why?" I almost marked it ‘Return to Sender,’ but then I decided that much thought had gone into it, and … really, I didn’t want a lot more interaction.

This letter isn’t odd or crazy at all, just plain sweet. In fact, I wouldn’t have included it in this roundup except for that weird and wonderful postscript. 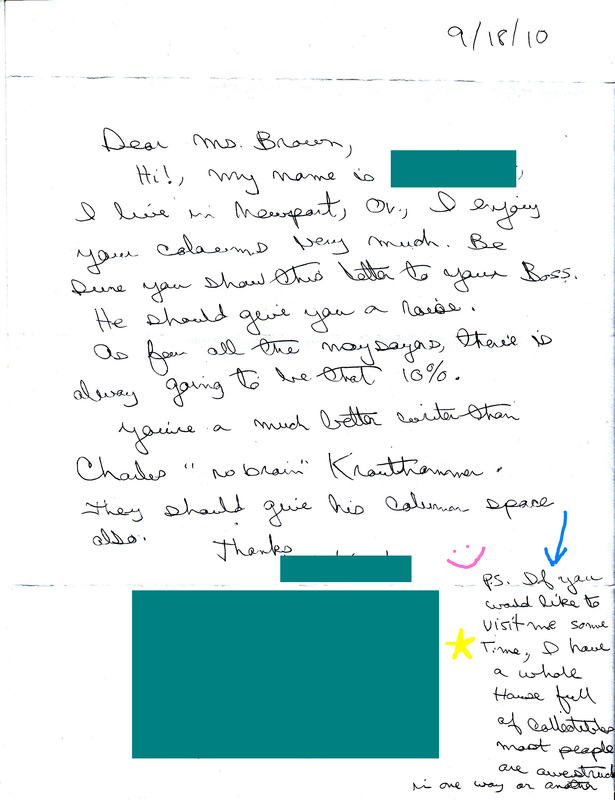 In case you can’t read: “P.S. If you would like to visit me some time, I have a whole house full of collectibles. Most people are awestruck in one way or another.”

This is perfect. I did not visit him, but I should have.

5. A letter to a dead friend (that I was supposed to return, and will now, I promise)

After a column in which I said that the biggest error you can make in the newspaper is to say someone is dead when they’re not, I got the following letter in the mail: 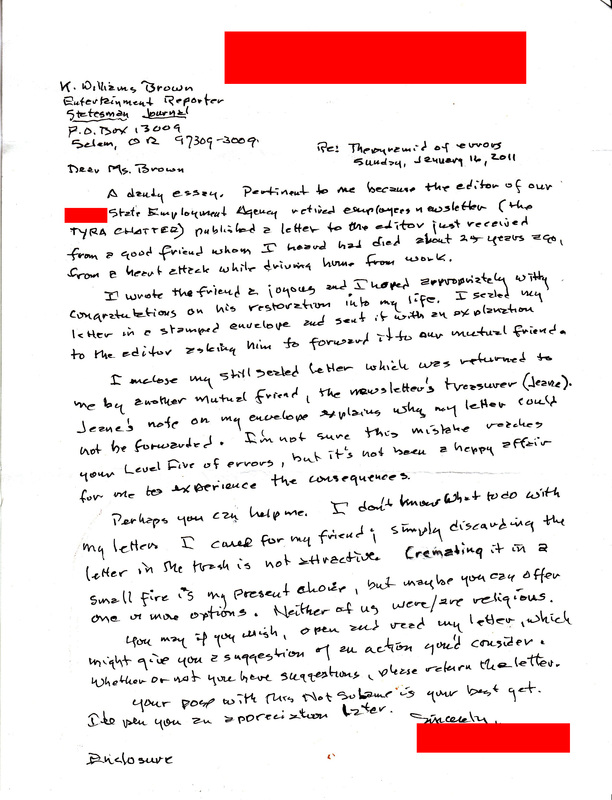 Sure enough, there was the letter to the deceased friend, and I had no idea what to do, since it didn't fit in any of our envelopes. Yes, I realize that's a non-problem problem. 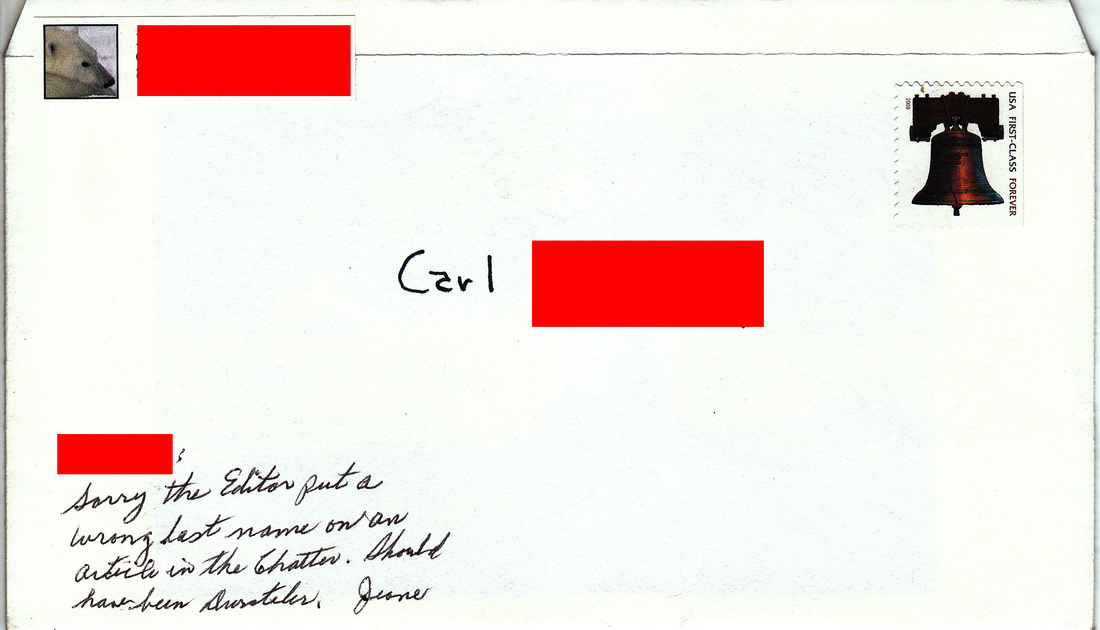 That was a year and a half ago; it’s been sitting on my desk ever since. But rest assured: It is now on its way home!

4. An invitation to an art show in a very unusual place

In the end, I couldn’t go thanks to some bureaucratic nonsense. But I wanted to. BELIEVE me — I wanted to. If there's one thing that has "great story" written all over it, it's an art show at the Oregon State Penitentiary. Oh, inmate mail. I think I will miss you the most. 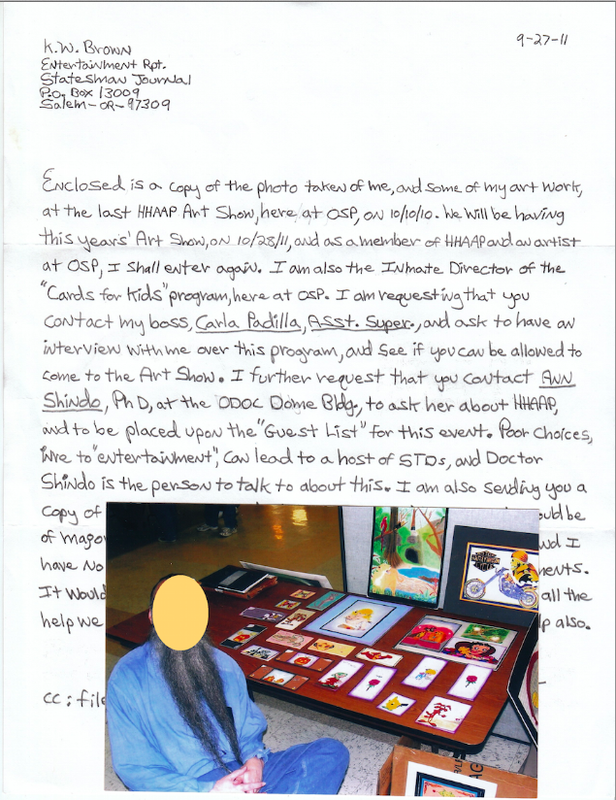 3. Roses from a sex offender 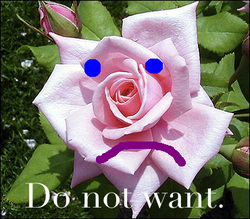 Technically, this did not come from the mail, they were walked in in person. Which makes it worse. I did not take a picture of the actual flowers because I was … concerned.

When I first started writing my column, I got a series of increasingly odd/troubling gifts, which climaxed with Sex Offender Roses.

I came in from lunch one day, and the front office ladies had this big bouquet of roses that were obviously from someone’s garden. There was also a sweet note about how much this person enjoyed my column.

So I strolled away, pleased as punch, until alert then-cops reporter Ruth Liao got a spidey sense.

“Have you run that person’s name through OJIN?” she asked.

OJIN is the Oregon Judicial Information Network, this very, very old-school database that we have that gives us criminal records. And sure enough, when Ruth ran the name, it came back that this person was a sex offender who had also been charged with kidnapping.

That was the day I told the front desk that I do not accept things from random people, and also the day I vowed never to walk to my car alone at night.

2. THIS IS VERY GOOD

Speaks for itself, I think. Far and away my favorite of all the letters that weighed in on the way I look. This man (or woman?) clearly knows what he (she?) is talking about. 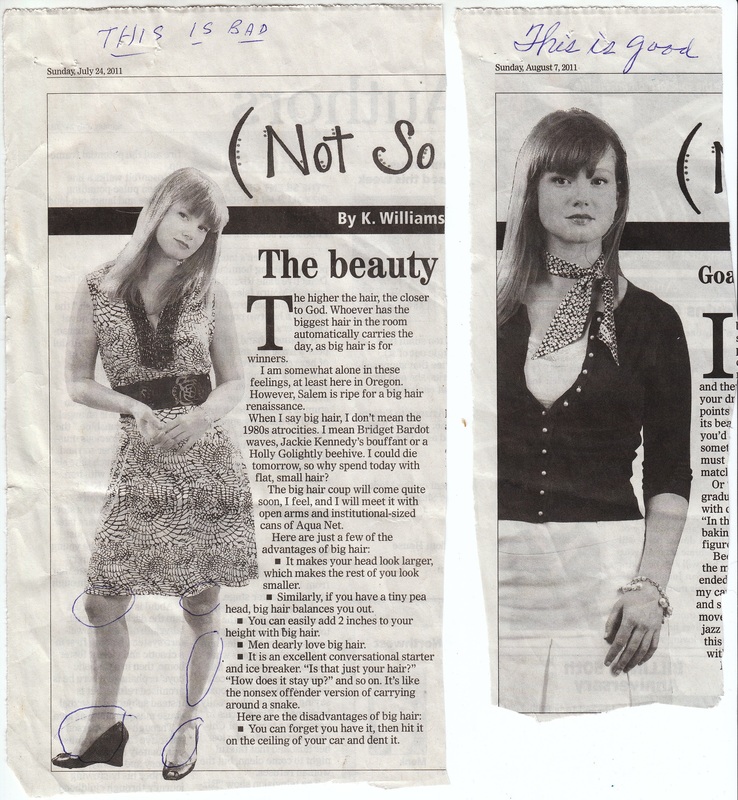 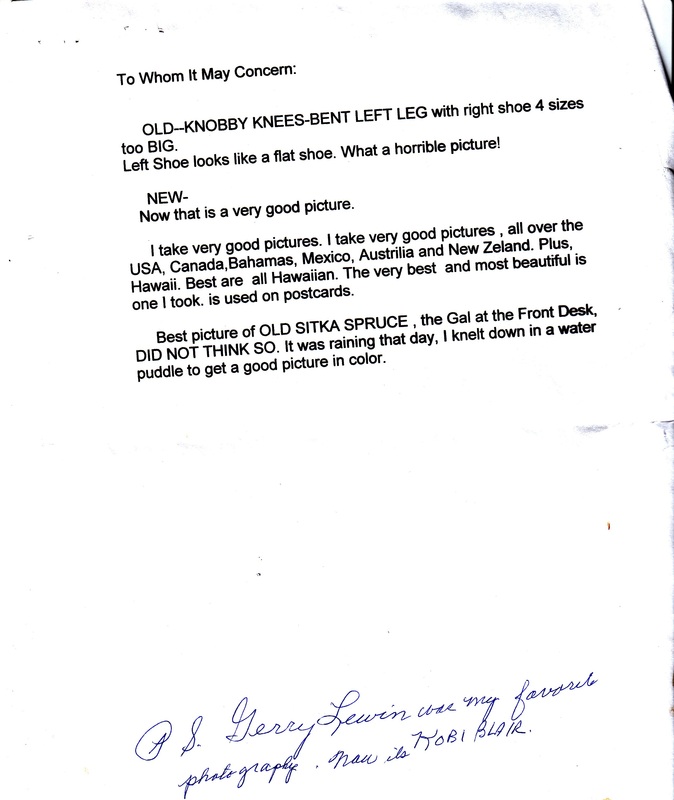 1. The storyteller's story ... and figurines

Again, it didn't arrive by mail, but totally worthy of the top honor. I doubt I will ever, ever again receive something this ... surprising. 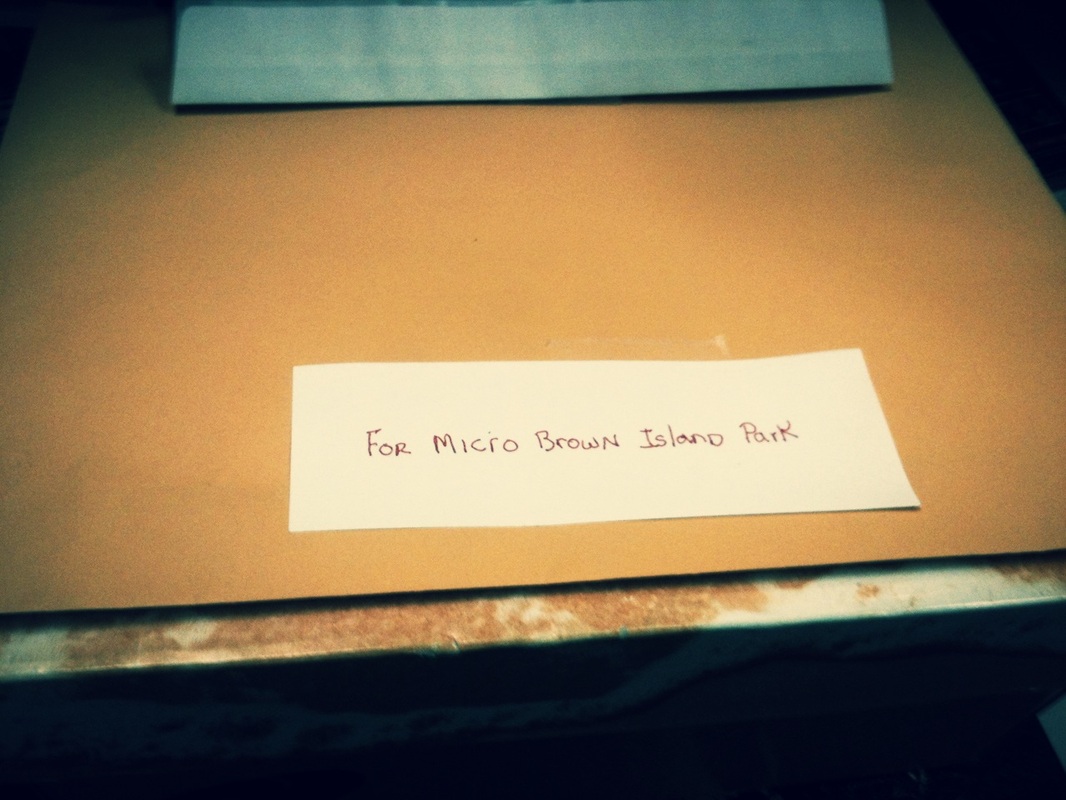 Maybe a week and a half after everything was stolen out of Micro-Brown Island Park, a teeny park I'd made inside one of the cement planters outside the SJ, I returned from a long weekend to find the news assistants all giggly.

"You have a mysterious package on your desk!" one told me. Sure enough, an enormous shoe box awaited me. On top was a letter to me from a woman who identified herself only as The Storyteller. 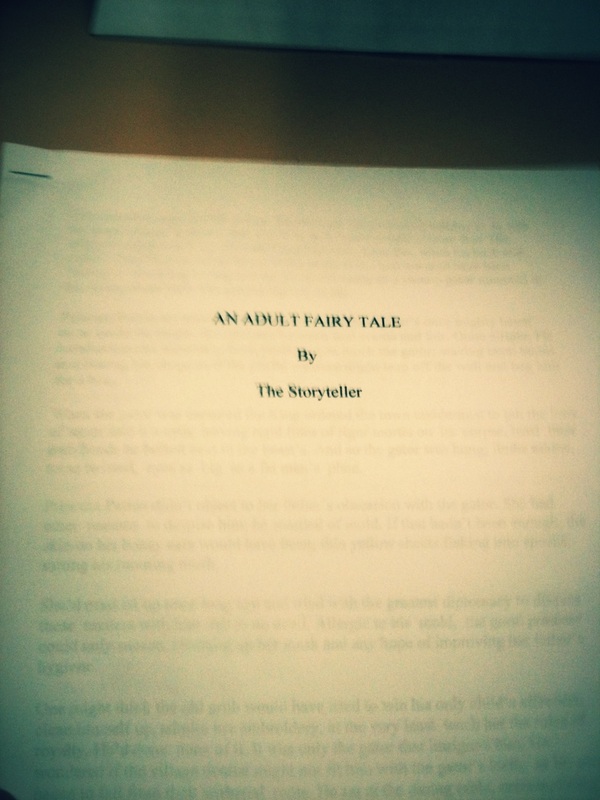 "I am simply an old woman who sucks the inside of my cheeks and reads your column on Sunday mornings. It's a good life," she wrote.

The grand larceny of the previous micropark upset her so much that she decided to do something.

The Storyteller's defiant act left me speechless. Because on top of the box was a 17-page (!!!) story called "An Adult Fairy Tale." The tale includes Bunswiggle Begrundy, a lisping elf, a chambermaid named Heidi Heidiho, a taxidermied gator with a monarch's leg inside, and the "s-word" — many times. 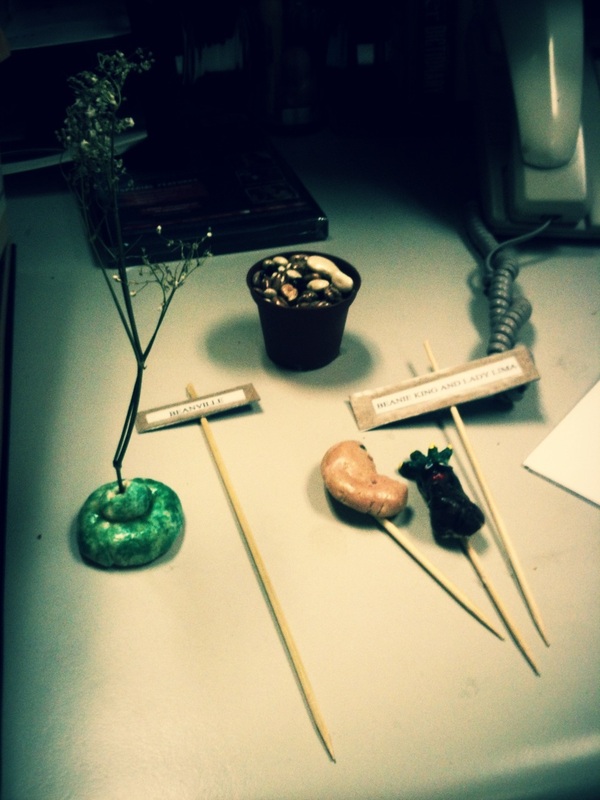 The hero is one Princess Patina who, after her moldy-smelling father expires, heads out in the world to try to find her mother. She is joined by her horse Ali Opp, who has disconcertingly romantic thoughts about the princess.

The story is something. My favorite line: "She was tired and hungry and, worst of all, ovulating."

This would be weirdly amazing enough to send me off the deep end, but The Storyteller was not content just to tell a story. No, no. She handmade all the characters and scenery from the story, which ends in a cliffhanger. 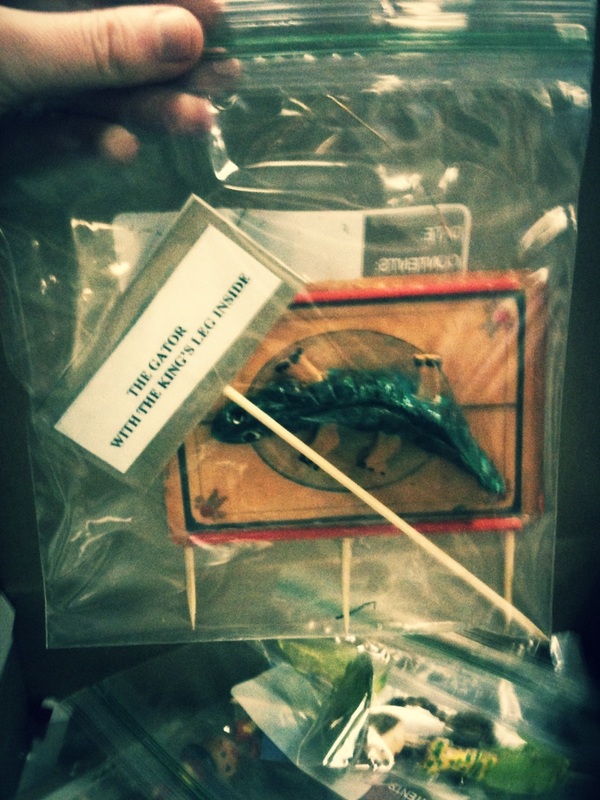 Which is how I came to have Beanie King and Lady Lima, two clay beans with faces, on my desk. In addition to the 13 characters, she made tiny identifying signs and plenty of scenery.

Also, I couldn’t say this in the newspaper, but the whole box smelled very strongly of, um, a certain recreational plant. Every time I opened the box, my desk would smell like a Phish concert. It was glorious. 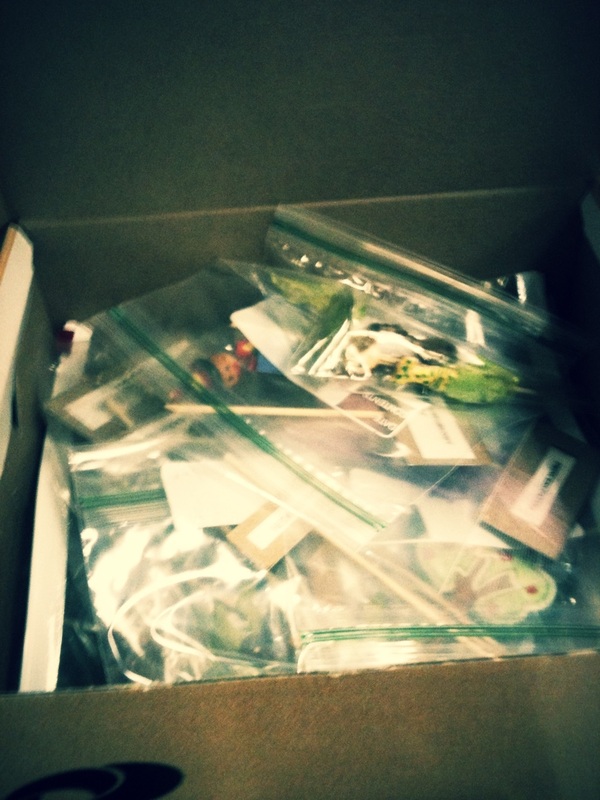